Help us welcome the mural to its new home at 103 N. Public Road!

(south side of the building along Simpson St.) 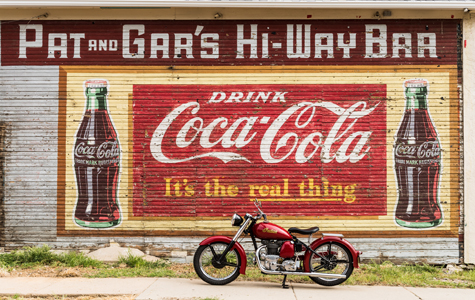 This Coca-Cola mural represents one colorful stage in the century-long life of the historic structure once located at 201 N. Public Road. Originally constructed during the first decade of the 1900s, the building had served as a pharmacy and multiple bars and restaurants over the years. As the building was being torn down in June of 2015, crews uncovered this exhilarating Coca-Cola mural along the south wall.

When was it created?

Where was it created?

Why was it created?

To advertise on Public Road, Lafayette's most historically important automobile thoroughfare - a former branch of the Lincoln Highway and one of the first federally-designated public roads in the U.S.

Why should you care?

The mural is a tangible piece of Lafayette's eclectic past and one of our oldest remaining pieces of public art.