Background:
In 1995, Lafayette voters authorized an amendment to the City's Home Rule Charter requiring a system to limit growth within City limits to a rate no more than three percent (3%), or 200 building permits per year for six years (1,200 total permits). This initiative has continued to be extended by Lafayette voters. In 2012, voters approved an amendment to the charter language to allow a total of 1,200 building permits to be issued over a six year period which offered the flexibility to respond to market demands in a more efficient manner.

Since 1995, this allocation method has worked to keep growth in Lafayette below the original three percent (3%) goal. Actual permit numbers issued are listed in the chart below. The growth management amendments have historically encouraged affordable housing developments and currently include an option for City Council to remove up to fifty (50) affordable dwelling units per year from the building permit allocation. The current Growth Management Initiative is set to expire on December 31, 2018.

What is being proposed:
The City desires to continue with the growth management system of allocating 1,200 residential building permits over a six year period. It is being proposed that the current initiative complete its existing six year period, scheduling the new amendment to go into effect on January 1, 2019, when the current initiative expires.

Because the provision to provide affordable housing for all citizens remains a high priority, an amendment is being proposed to allow City Council the option to remove those developments, for which at least forty percent (40%) of the total dwelling units are permanently affordable, from the permit allocation. The definition of affordable housing, as it pertains to this amendment, includes those dwelling units that are permanently deed-restricted to allow persons whose household income is less than or equal to eighty percent (80%) of the then-current Boulder County area median income to purchase or rent property.

Unissued affordable building permits are not allowed to be carried forward from year to year. 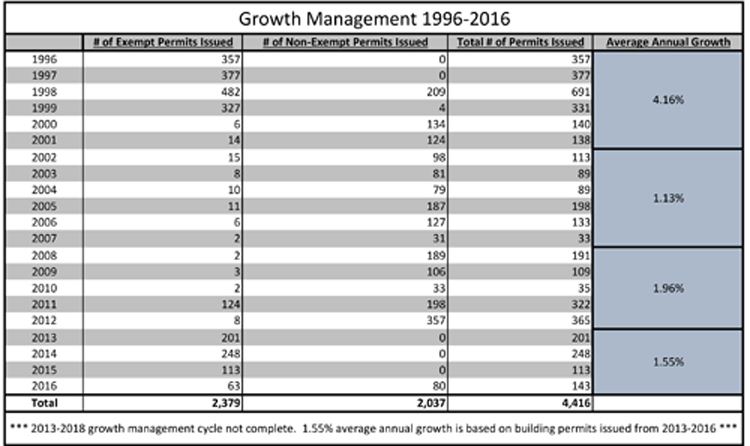 Official Ballot Wording for Ballot Question 2E - Residential Growth Management:
Shall the existing residential growth management restrictions of Chapter VI of the Lafayette Home Rule Charter be amended to extend and retain the aggregate building permit cap for the six (6) year period between January 1, 2019 to January 1, 2025 and to remove from its restrictions developments that restrict at least 40% of the dwelling units as affordable dwelling units?