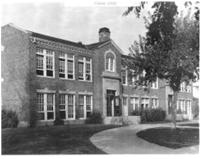 In determining what was eligible for landmark status, the City of Lafayette had to do some rigorous architectural surveys. These surveys are much more than just reviews of building trends through time, they are incredibly rich with material on Lafayette's past, what remains of it today, and what can be saved for the future. Take the time to download the surveys for a fascinating and in-depth look at how Lafayette came to be. The surveys were funded by the City of Lafayette and partially funded by a State Historical Grant awarded from the Colorado Historical Society.

The 2001 Architectural Survey of West Lafayette included 205 properties in the 20-block area west of Public Road. The survey was a two part project consisting of a reconnaissance survey, followed by an intensive survey. See the complete survey.

The Old Town Lafayette Perimeter Survey was a two part project consisting of a reconnaissance survey followed by an intensive survey. The survey included 199 properties at the north and south edges of Old Town. See the complete survey.

The Lafayette 2008 Commercial and Agricultural Properties Survey documented and evaluated 11 scattered historic properties. The survey consisted of a reconnaissance survey followed by an intensive survey of selected properties. See the complete survey.

This survey looked at properties along Public Road from Baseline to Spaulding Street.

This survey looked at properties along East Simpson Street in the 100-500 blocks. There are a total of 31 History Colorado Architectural Inventory forms produced from the study. See the complete inventory.