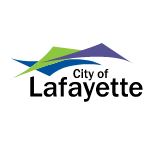 Named in honor of former mayor and long-time educator, Mr. Mike Romero and his son Army Sergeant First Class Daniel Aaron Romero, this park is located just south of Lafayette Elementary School. The park honors these two men from Lafayette whose lives were dedicated to serving others, their community, and their country.

Mr. Mike Romero, originally from Pueblo, Colorado, was an educator with Boulder Valley Public Schools for 32 years.  He taught at Sanchez Elementary, Pioneer Elementary, Lafayette Elementary, and Angevine Middle schools. He also served on the Lafayette City Council for eight years, two of those as mayor. Mr. Romero served on numerous committees, boards, and service organizations.  He and his wife were foster parents to dozens of children at their Lafayette home.

Army Sergeant First Class Daniel Aaron Romero, a Lafayette native, was serving in the 19th Special Forces Group in Operation Enduring Freedom when he was killed in action on April 15, 2002, in Afghanistan. SFC Romero enlisted in the Colorado Army National Guard in 1991. At the time of his death, SFC Romero was the Communications Chief for Company B, 5th Battalion, 19th Special Forces Group. SFC Romero was a Green Beret and earned numerous awards during his military career including the Legion of Merit, Bronze Star, and Purple Heart. He was 30 years old at the time of his death.

Romero Park is a peaceful memorial to Mr. Romer and SFC Romero, and their legacy of valuing education and service to our community.

The project was funded by a National Science Foundation grant and implemented through a collaboration of the Lafayette Parks Department, CU Center for STEM Learning, and the CU School of Engineering.